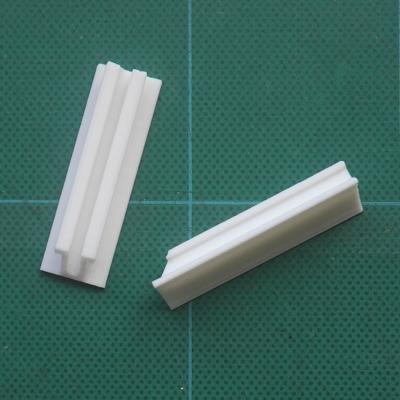 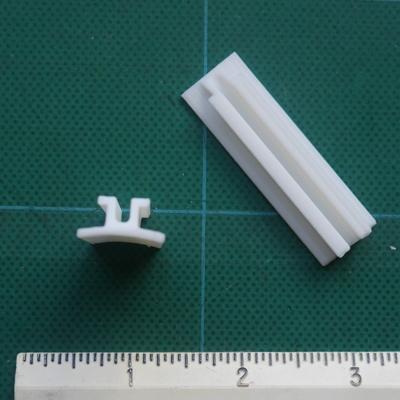 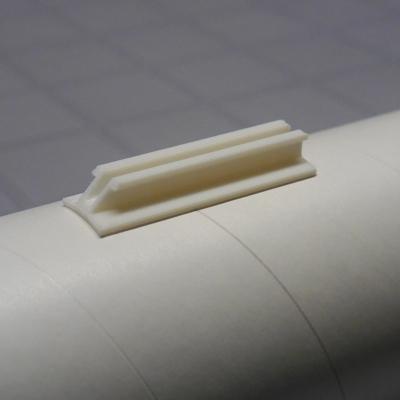 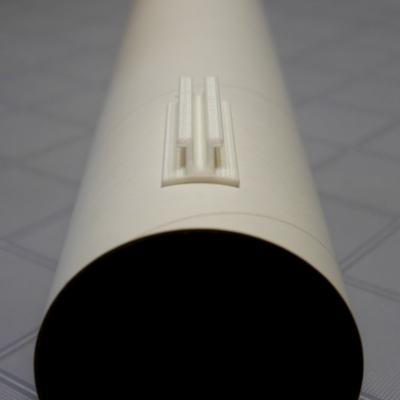 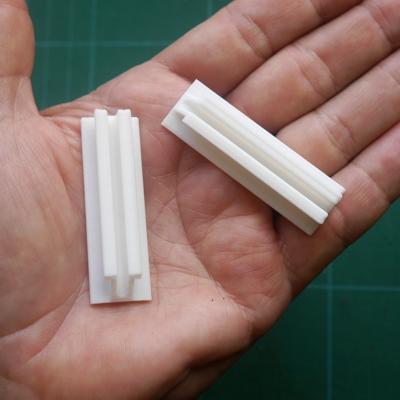 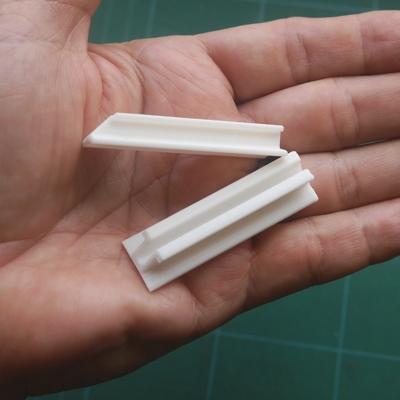 
Conformal Rail Guides that fit our T-80H or T-2.6 tubes (or similar size tubes from other manufacturers). The underside is curved to fit the outside of those tubes and makes gluing them in place very easy. Use two (or more) on each rocket. Each guide is 2" long and weighs about 2.8 grams. Fits standard 1010 size rails. Comes in a set of two guides. These guides are 3D printed from PLA and made by Rosenfield Aerospace.